N.C. Bill 434 Would Ditch Shoreline Buffer That Protects The Catawba River And Its Lakes Skip to main content

N.C. Bill Would Ditch Shoreline Buffer That Protects The Catawba River And Its Lakes 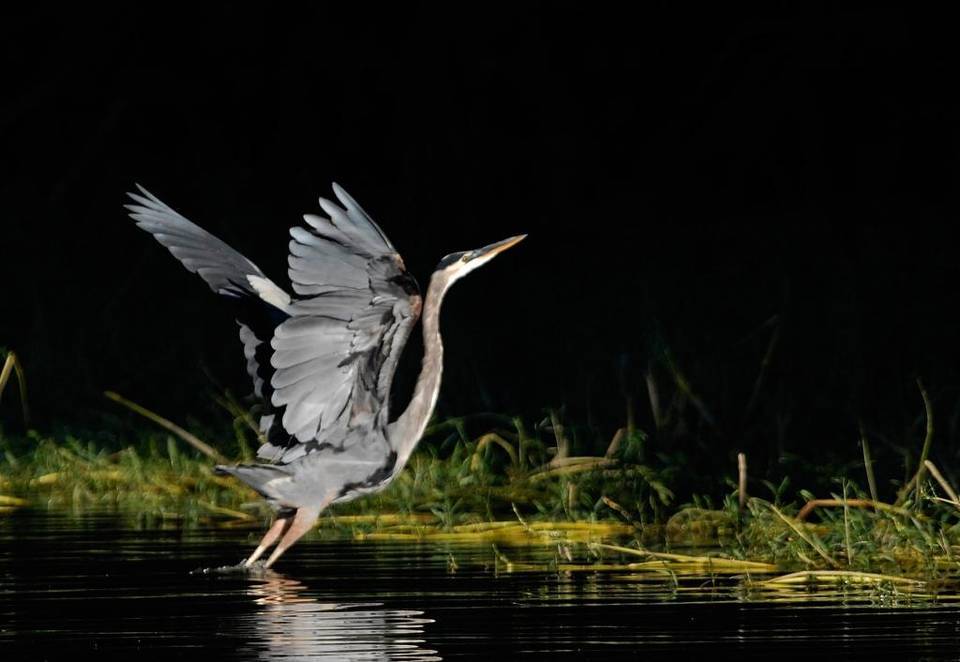 Environmentalists reacted with outrage after the N.C. Senate passed a bill late Monday that would eliminate the 50-foot shoreline buffer that protects the Catawba River and its lakes from runoff and stream bank erosion.

The bill also would prevent local municipalities from enacting buffer protections on streams. That could cripple local buffers in Mecklenburg, Lincoln and other counties, Catawba Riverkeeper Sam Perkins said.

Buffer protections prohibit removing trees and other vegetation close to the shoreline.

Senators passed the bill by a vote of 31 to 17 at about 8:45 p.m. Monday, with no Democrats voting in favor. Jeff Tarte of Cornelius and Tamara Barringer of Wake County were the lone Republicans who voted against the bill. The N.C. House would have to pass a companion bill for the measures to become law.

“It is inexplicable and indefensible not only to remove a coveted, protective buffer, but to target only the buffer for the Catawba River,” Catawba Riverkeeper Sam Perkins said. He spoke against repealing the buffer rule when Senate Bill 434 was considered in a Senate Rules Committee meeting on Monday afternoon.

“The bill’s most damaging provisions were proposed without documentation, studies or consultation with the Department of Environmental Quality or local governments,” Diggins said. “Concerns raised by some senators were dismissed and questions about the need for certain provisions went unanswered.

“The Senate appears to be becoming a no-science zone,” Diggins said. “… Legislation by personal opinion has no place in environmental policy.”

Tarte, who lives on Lake Norman, said he gets the idea of reducing burdensome regulations. At the same time, he said, “we also have a responsibility to protect our natural resources. I don’t want salmonella in my milk, lead in my paint and pesticides in my drinking water.”

The Catawba River buffer was passed in 2001. South Carolina has no state-mandated buffer, although individual counties, such as York County, are allowed to have – and have enacted – buffer protections.

Perkins said the language to eliminate the 1,000 miles of Catawba River buffer was added to the bill last Thursday by Sen. Andy Wells, a Hickory Republican and real estate developer. His district includes Catawba and Alexander counties.

Wells referred the Observer to two of his blogs that explain his reasoning for sponsoring the bill.

“When the state tells a family it can’t use the 50 feet of its property by the river or lake, that’s a ‘taking,’ ” Wells said in one of his blogs. “The state just took part of the family’s property. And it’s a taking without compensation. If the DOT wants to build a road across private property, it pays the land owner for a right-of-way. But the Department of Environment pays a homeowner nothing when it takes part of his property for a riparian buffer.

“Even worse, the county is still going to send the family a property tax bill on that land,” Wells said.

Also, with the buffer rule eliminated, the city of Hickory will be able to create a waterfront park with a river walk, he said. The state told the city it couldn’t develop the project because “the river walk would have been beside the river in the riparian buffer,” Wells said in one of the blogs.

But the state official who said he met twice with Hickory officials about their plans told the Observer on Tuesday that Hickory was never told it couldn’t develop the project. Boardwalks, for instance, are permitted under the rules, said Alan Johnson, environmental senior specialist with the N.C. Department of Environmental Quality’s Mooresville regional office.

Said Jamie Kritzer, spokesman for the N.C. Department of Environmental Quality: “The only thing I can say is we do have concerns about (the bill). I just choose not to go into specifics right now.”

The department’s Division of Water Quality includes a fact sheet on its website citing the importance of buffers. Vegetation stabilizes river banks, prevents soil from eroding into the water and filters storm water runoff, according to the fact sheet.

“Riparian buffers are one way to protect the Catawba River and its lakes from storm water runoff pollution, particularly from development activities,” the state fact sheet says.

Source: N.C. bill would ditch shoreline buffer that protects the Catawba River and its lakes