Will Cornelius Become the No-Da of the North? - Allen Adams Realty Skip to main content

Will Cornelius Become the No-Da of the North? 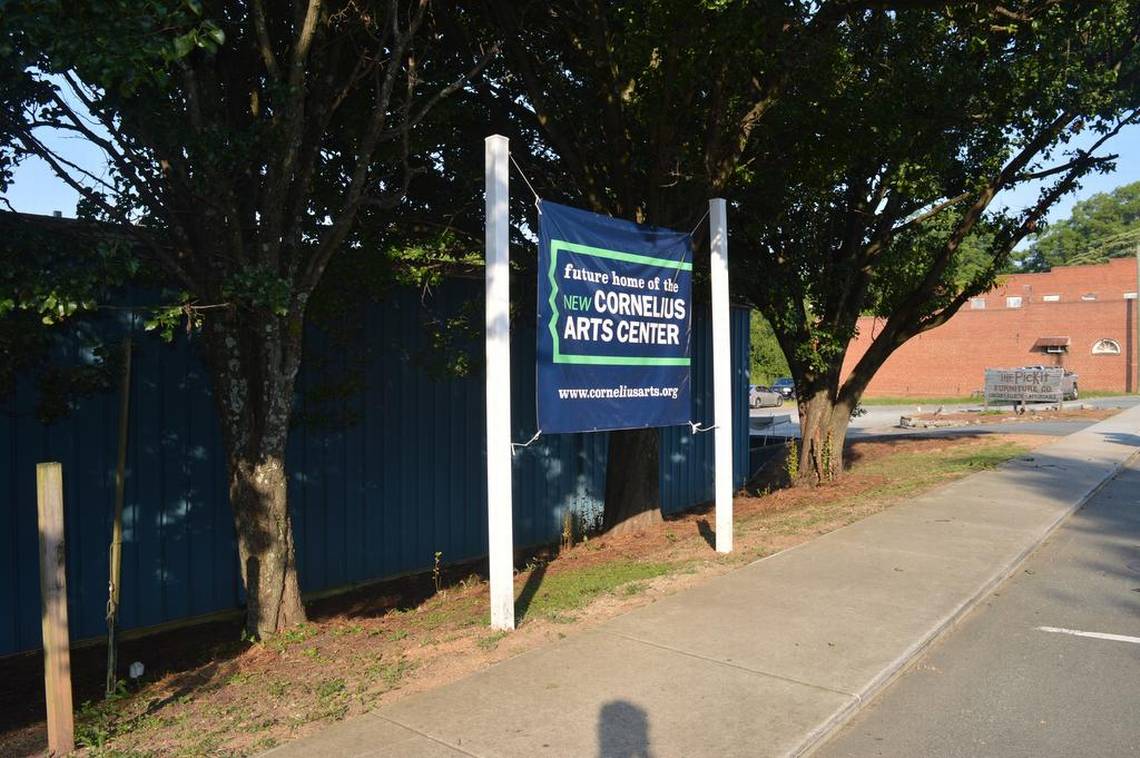 “I think in five to six years that downtown is going to be the next NoDa-type area,: said Dionne, speaking of Charlotte’s artsy North Davidson Street neighborhood.

Dionne and Robert Bush, president of the Arts & Science Council, discussed the economic impact the arts industry has on the state at a recent Lake Norman Chamber of Commerce presentation.

Dionne was recently hired by the Cornelius Arts and Community Center, the nonprofit organization running the arts center, and was selected from more than 80 applicants from across the country, said Cornelius Commission Mayor Pro-Tem Woody Washam.

The former managing artistic director of Lee Street Theatre in Salisbury, Dionne said he helped grow the theater into the centerpiece of the town’s Rail Walk Arts District.

“Everyone worked together to make these projects happen,” Dionne said. “I mention that because that’s what’s going to need to happen here.”

The proposed Cornelius Arts Center is a public-private endeavor.

Cornelius residents in 2013 approved a $20.4 million bond package of which $4 million was earmarked for town center redevelopment including the arts center.

Dionne declined to discuss any fundraising sources or project estimates.

There are “internal figures of how much funds are needed for the project but “nothing to share publicly” yet, Dionne said.

This fall, the board plans to engage a fundraising consultant with the hopes of seeing a public fundraising campaign beginning about a year from now, Dionne said.

Dionne said the Cornelius Arts Center is a “temporary placeholder name” that could change when a lead “giver” is found during the fundraising campaign.

The town has invested heavily in the arts center as a project incubator, Washam said.

“There are significant funds to be raised not only to build it and build it out like we want to see it, but to run it,” said Washam. “You don’t open the doors of a facility like this and expect all your working capital to be in place on day one. We’re talking about significant campaigning the likes of which this community has never seen. The likes of which the Lake Norman area has never seen. We’re keeping our fingers crossed and our hopes are high, but there’s a lot of work to do.”

Early artist renderings of the Cornelius Arts Center released in February during a presentation by Greg Wessling, chairman of the Cornelius Arts and Community Center board of directors, call for a three-story building with a basement for parking, a 7,400 square-foot ground floor ceramic studio; a flexible-use theater accommodating theatrical, dance and live music performances; and a special events room with a kitchen.

The center will also be capable of hosting catered weddings, parties and corporate events and offer public space for art education and exhibits, Dionne said.

“We are going to be an arts center but also a community center,” said Dionne. “It’s got to be able to serve the communities in the Lake Norman area.”

The arts center would not be a “producing organization” like the Davidson Community Players that builds its own sets, holds its own auditions and directs its own productions, he said.

Instead, the arts center would enhance the artists already in the area, Dionne said.

“What we want to do is be able to serve as a catalyst and offer these awesome cultural organizations a place to perform that may be a step up from where they were,” Dionne said.

Cafes, shops and galleries would be part of an arts district along Catawba Avenue, Dionne said.

Dionne declined to give a construction timeline for the project but said he hopes to have the project’s architect in place soon.

Wessling has said previously that groundbreaking is expected to begin in the third quarter of 2018 with the grand opening set for one year later.

The arts center would likely be an economic boon for the Lake Norman region.

According to the 2015 Arts & Economic Prosperity Five report, which studies the economic impact of nonprofit arts and cultural organizations and their audiences, the arts and cultural sector stimulated $2.1 billion in direct economic activity in North Carolina, Dionne said.

Bush said the Arts & Science Council will release information on the economic impact of nonprofit arts organizations for various counties, including Mecklenburg County, on Sept. 15.

Source: Will Cornelius become the No-Da of the north?